Nature vs Nurture is a long held debate in psychology.  The debate can be simply summed up with this question.

Nature vs Nurture – Is a trait, a personality characteristic, a behavior inherited or a product of environment?

Many would agree that the answer is ‘a little of both’ .

With puppies, temperament tests can help predict how a puppy may behave when he is a grown dog.

Will he be shy, aggressive, unfriendly, dog oriented, incapable of living in a noisy city environment ? Or will the pup grow up to be easy going, tolerant of children, a pleasure to train, undemanding and be people oriented ?

Below are a variety of temperament tests.  Although these tests can be predictors of future behavior, remember that they are not foolproof.  They are being presented as a guide in your overall decision of choosing a pet.

These tests do not give you an answer in  black and white as to the pups current or future personality. They are predictors, yes but Nature and Nurture are not mutually exclusive.

These tests are not meant to replace training your pet, creating boundaries and rules of behavior for them to follow. That part is up to you.  These test  provide a snapshot in time in order to look at a pups tendencies.

You are encouraged use these tests more than once on the puppy you are considering, as sometimes extraneous variables may produce an inconsistent behavior. Several trials are best.  Our hope is that these tests help you find the best match for you, your family and your lifestyle. 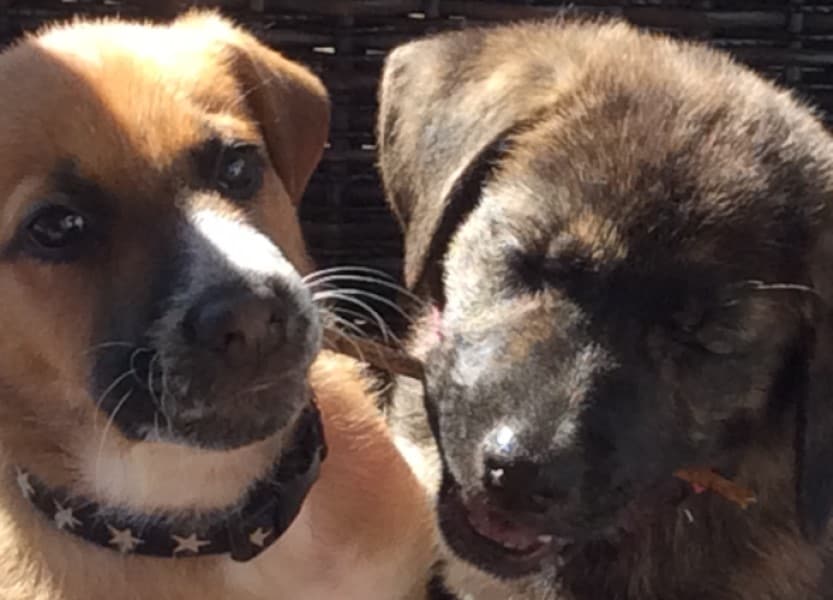 While the puppy is just walking around, drop an object on the floor that will make some noise but not be too overwhelming.  A set of house keys would be a good example. Continue looking at the pup as you are dropping the keys so you can see his response.

Does he ignore it? Does he become startled for a second but comes over to take a look at it?
These would both be acceptable ways to react.

Does he run away?  Does he avoid investigating the object?
These would be less desirable reactions.

If the dog reacts overly sensitive to sound then retest later in order to see if they have a natural sensitivity or if  this was an isolated incident.

Natural Sound Sensitivity and be difficult to eliminate. A dog with natural sound sensitivity may not be the best choice if you live in a noisy environment such as the city.   Be sure to try this test more than once with objects that have varying noises.

Its okay to startle, but a pup needs to be able to recover if not, he could grow into a dog who is fearful of loud noises.  This can be an issue when you think of events such as thunderstorms, fireworks,  and the arch enemy of most dogs …  the vacuum cleaner.

Some Dogs are “Dog Oriented” and some are “People Oriented”.

People oriented dogs are keenly interested in humans.  This dog will be less challenging  and more responsive to you as a pet.

Take this pup out of the liter and bring him to a separate room.   Sit on the floor and clap your hands or tap your leg but do not speak.  Pups who do not react to you  and just venture off on their own are likely to do this as adult dogs as well by their nature.

If the puppy comes over to you happily and self assured, that is a desirable sign. The dogs reaction may have been situational.  So if you are not happy with the dogs response, repeat this experiment later to be sure.

Another version of the Attraction Test would be to kneel on the floor with the entire liter of puppies.

Which puppy is interested in you?  Who consistently comes over to you, even after being attracted to something else for a few moments?  Those are signs of people oriented dogs.

The dog who engages exclusively with the other pups even though you may be trying to attract him is seemingly, in this trial, Dog Oriented.

He could be more difficult to train and less responsive as an adult.  The pup who is always off to himself may also have those same difficulties.

Hold a puppy in your arms as if you were cradling a baby. Remain in this position in order that you can see how the pup reacts.

If the pup is whining excessively, struggling to get out of the position, exhibits rigidity then these are undesirable behaviors.

If he fights you or cries for a bit, but ultimately settles down then this is a favorable response.

Other good outcomes to this or any type of restraint would be for the pup to Immediately relax or lick your hands.  Your are hoping to find a puppy that stays relaxed in situations that he may perceive as stressful.

Being restrained can be stressful for a dog.  You can conduct varying trials by placing the pup in  different positions of restraint to compare and contrast the result. 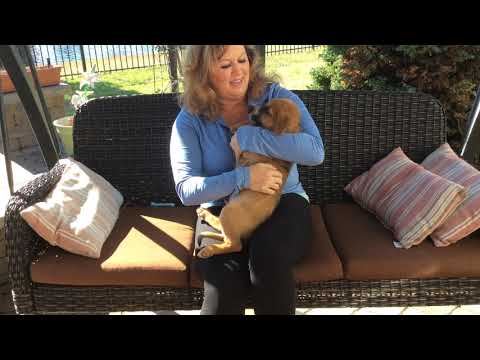 With this screening activity, you can squeeze in between the pads of the pups paws> With some light pressure, using Not your finger nails but your finger tips.  As soon as the puppy responds to this in any way, you should let go of his paw.

If the pup will  allow you to squeeze his paw with some pressure in this manner for a bit of time before pulling away; then this is a desirable response.  He tolerated the discomfort and pulled away without over reacting.

Place an object on the floor, like a long scarf a few feet away from the pup.  Pull the scarf around with a slight jerking motion.  Does the pup attract to the object by playfully stopping it with his feet and mouth.  Does he investigate it happily? These are desirable behaviors.

If the dog runs or hides from the moving object or if the dog attacks and bites the object in an Non-playful, aggressive manner then these signs are undesirable.  Use different object to test for a more accurate result.

Just watching the litter of puppies and how they interact with one another can tell you a lot about each individual pup.  It is best to try and watch them with out them realizing that you are observing them.  You can see how they behave without them being distracted by humans.  You will be able to see which pups are dominant, active, more calm but interactive, passive and submissive.  This will help you determine which personality best suits you.

Make sure you understand the results of your tests . Most of us cannot help but  anthropomorphize our  dogs from time to time.   But puppy selection time is NOT the time to do this!!!!

Anthropomorphize means to attribute human characteristics or human behavior to a dog.  For example, I may say that my dog  acts like a little Diva because she walks away and ignores me when I give her a command. In this scenario the dog is not behaving like  a Human Diva, rather a dominant dog ignoring my command and disciplining ME by walking away.  It is normal and cute to assign these qualities to our dogs.  But just know it is not a true representation of their behavior.

For example, a mistake lots of people make is that they choose the “dominant’ pup because they view him as the outgoing, high spirited  and a winner!!  But the dominant pup will grow up to be push the boundaries and require lots of training.

This is a classic example of anthropomorphizing.  So once you narrow down your choices in the liter, take time to get to know the pup and get a true understanding of their personality.