Why Is My Puppy Eating Grass?

Why Is My Puppy Eating Grass?

Ok, so you are now the proud dog parent of a puppy. As you now know puppies get up to all kinds of adventure and mischief. One thing you may have noticed is that your puppy heads straight for the grass and begins to chew and munch. I guess you’ll wonder if your dog has inherited a bovine gene.  Believe it or not, when a pup eats grass it’s just part of the process of being a puppy and it’s normal canine behavior.

Every dog I’ve ever had ate grass in varying degrees and some enjoyed it more than others. If you have a dog or puppy with this fondness for grass then it’s not something to be concerned about unless he eats it excessively in large quantities. Faced with a scenario like this, then we’d recommend a veterinary consultation. 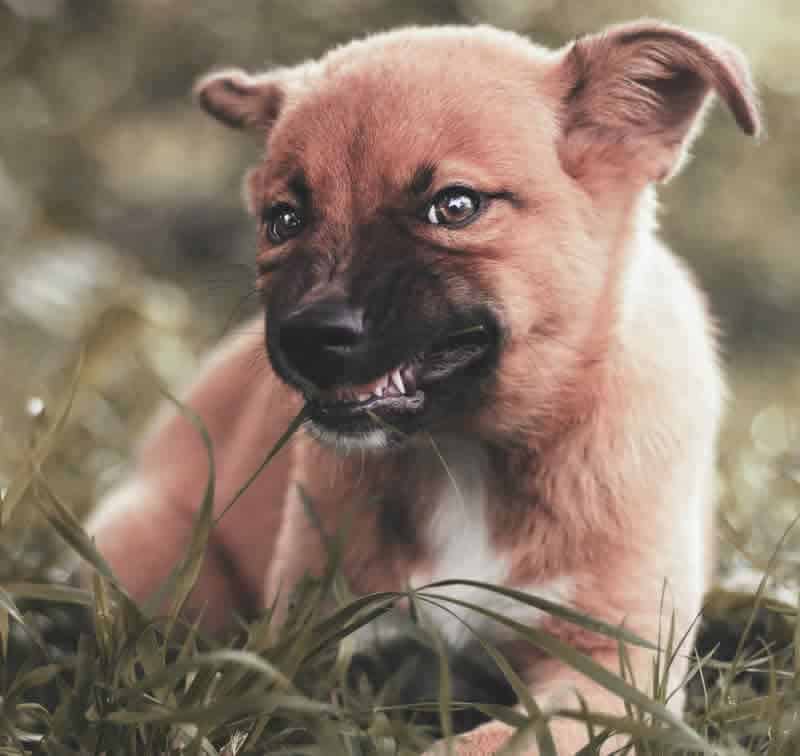 While there are no real definitive answers possible reasons may include:

Pica is when items that would not normally be considered food are consumed. Some of these eaten items would be strange things to eat like grass for dogs. This had led many to believe it’s a form of pica.

Many dog professionals also consider grass eating as normal canine behavior. Thousands of years ago before humans and dogs developed their close bond the ancestors of dogs would hunt and scavenge for food. This would range from small game, berries,  plants, and shrubs. Eating different types of grasses would have been normal in their quest for food. So fast forward a few thousand years and domestic dogs are still classified as omnivores and so grass-eating would be in the DNA.

If you have experienced the smell of fresh-cut grass it smells good so perhaps in the canine world grass smells good and is also tasty and perhaps they like its feel too and enjoy the chew.

Puppies may eat grass out of pure boredom. As you may know, puppies can get bored very easily and quickly so it’s always good to provide them with plenty of toys for stimulation. Bored puppies can get up to mischief and eating grass can fill this void for boredom.

Another possible reason could be that dogs performing this behavior may be missing an important nutritional supplement such as fiber from their diet and consequently compensate with grass-eating. So make sure your puppy is being fed a well-balanced meal with all the necessary fibers, vitamins, minerals and proteins, and carbohydrates.

It’s often observed that when a dog is not feeling too good he eats grass. It’s almost like a form of self-medication. Sometimes after consuming the grass dogs vomit but on but on many other occasions, there’s no vomiting.

Is It Ever Dangerous For Puppies To Eat Grass?

There can be occasions when it’s dangerous for a puppy to eat grass. This can happen if your pup munches on lawns that have been sprayed with weedkiller or pesticides. This could be potentially fatal so always make sure that the area where your puppy roams is free of any contaminants.

If your dog eats a lot of grass and then regularly vomits or has bouts of diarrhea make sure you have a veterinary consultation as soon as possible.

Dr. Benjamin Hart from the University of California, School of Veterinary Medicine undertook a  with colleagues conducted a survey on dogs eating grass. They wanted to find out about the frequency of grass eating, whether dogs showed signs of sickness before eating grass, and whether or not dogs did vomit afterward.

Firstly a small study with a group of veterinary student dog owners was undertaken. The next sample involved dog owners attending the outpatient department and the final survey was a web-based one consisting of over 1500 dog owners.

Some of their findings included:

PrevPreviousWhen Does A Puppy Stop Biting?
NextBest Dewormers for DogsNext